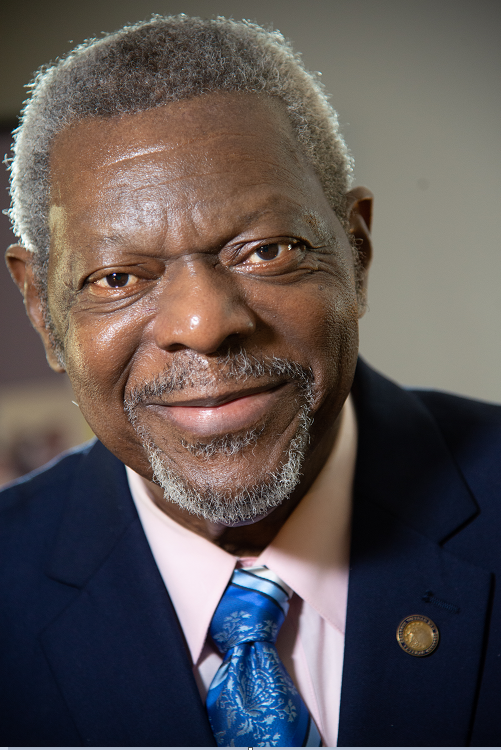 Henry Blyden will be recognized with the Leadership Spirit Award at Manatee Community Foundation’s 2020 Spirit of Manatee Awards.

Henry’s contagious leadership and passion for people have inspired hundreds of others to give, get involved, and recruit others to address needs in the community. As an extraordinary forerunner in efforts that support children, education and health, Henry has dedicated his life to serving and encouraging others to support philanthropic efforts. His public contributions began in 1963 when he enlisted in the Army, serving in Panama, Germany, Japan and Vietnam. For more than 30 years, he has worked tirelessly on local substance abuse and mental health efforts, building supportive alliances and partners along the way.

This year will mark the twentieth year of Kappa Alpha Psi’s annual community toy and food drive at United Community Centers where Henry has raised money from friends and colleagues to ensure that children in need can have a joyful Christmas. The event has grown from benefiting fewer than 50 children in its first year to well over 400 in December 2019.

For almost a decade, Henry has used his influence to help design a community prostate cancer screening event in partnership with Dattoli Cancer Center that has dramatically increased participation of African American men, leading to early detection and saved lives. Under Henry’s leadership, the event was tied to the MLK day of Service and was recognized as the highest ranked project.

Henry has also been an esteemed member of the Gamma Xi Boulé of Sigma Pi Phi Fraternity, where he has helped to organize and implement the Boulé’s summer program with Career Source Suncoast for four years, impacting more than 200 young people ages 14-19. He has also helped to raise needed funds and personally mentored many underserved students in the Boulé’s ‘Journey to Success’ youth development programs. Henry was instrumental in helping the Boulé’s youth development programs become adopted at Southeast High School in Manatee County. He is also the Boulé’s representative to the Manatee Tiger Bay.

His friends and colleagues at Sarasota-Bradenton Kappa Alpha Psi Project Guide Right, United Community Centers, and Manasota Black Chamber of Commerce nominated him for the 2020 Leadership Spirit Award. The award recognizes an individual who demonstrates active and ongoing charitable investment in the community that motivates others to give. Direct philanthropic support impacts one or more charitable institutions within the community.

Learn more about the Spirit of Manatee Awards .

We use cookies to ensure that we give you the best experience on our website. If you continue to use this site we will assume that you are happy with it.OkPrivacy policy